My Psychedelic Rock & Blues song "Newly "
has become a big HIT ! Check all news below !

My new Psychedelic Doom Metal cover song "Enter the Witch House "
is becoming a HIT ! Check all news below !

My new Shoegaze Psychedelic Rock song "Whoo! "
is becoming a HIT ! Check all news below !

Listen to "Whoo! " and the EP SONIC ECLECTIC below !

"Whoo! " got (on the specialized site SubmitHub) 7 positive notes out of 10 (see comments below)

Looking for a single link to stream "Whoo! " and the whole LP
SONIC ECLECTIC everywhere ?
Just below !!

"Whoo! " belongs, with 49 other songs by TEXMEX SHAMAN and other of his best talented collaborators, to the special compilation TALL TALES (by TEXMEX SHAMAN) that has been sent to the big new Chinese/South Korean/African on-line market ! 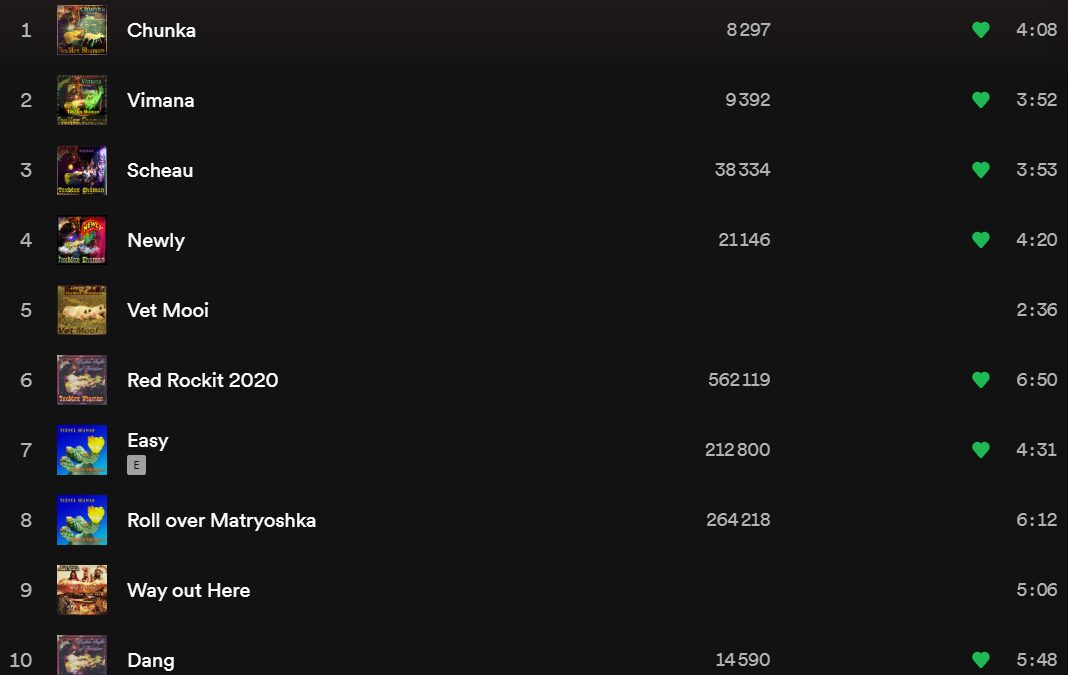 With that remarkable result, "Chunka " is already and definitively one of the best international new Psychedelic Rock and shoegaze track of 2021.

"Chunka " , in the TOP 10 of the International Psychedelic Rock Chart, in on streaming on spotify !

You can also listen to "Vimana " directly on spotify at...

Having also moved up 33 positions (among more than 267.470 other tracks !!) to reach rank 67th at the General Rock Chart, it's now a renowed new Rock track.

"Vimana " in the TOP 10 of the SoundClick's International Psychedelic Rock Chart !!!

Click below to Listen now to "Vimana " at Spotify !

Today March 23rd, 2021, "Newly " has been also approved as a "shout-out" by the Colombian influencer Kelly Garcia "Kellygon" and added in the Indie Music playlist (click on the below image) 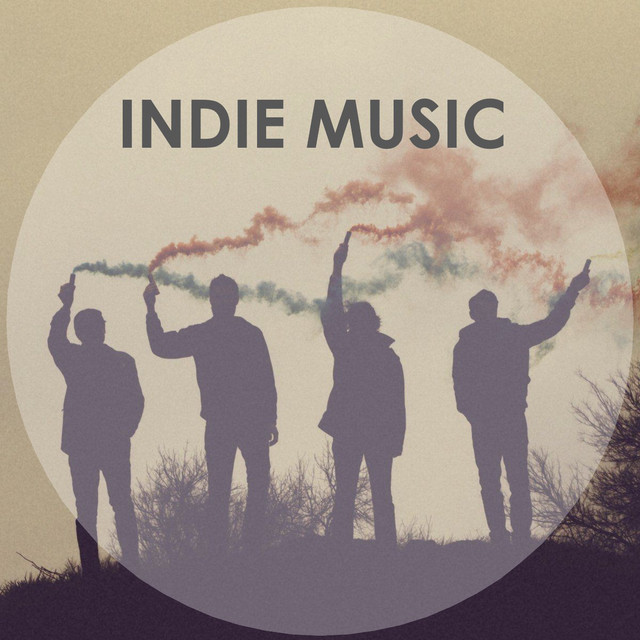 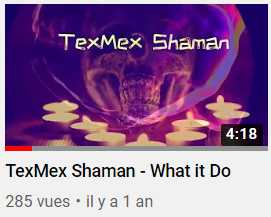 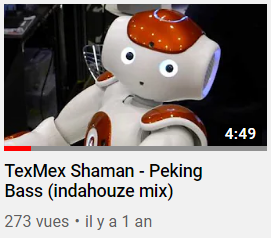 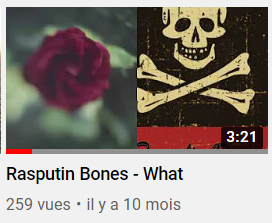 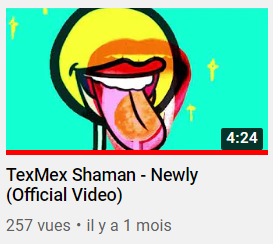 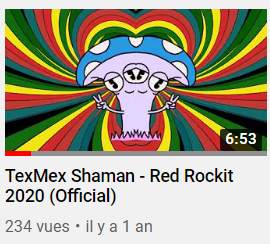 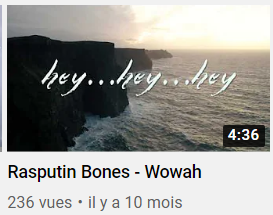 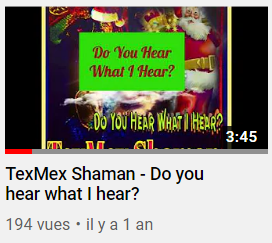 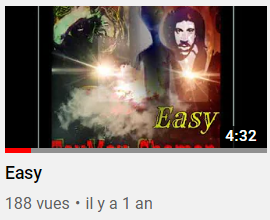 Exceeding now 25200 fuckin' listenings !
"Scheau " is a big Spotify hit !
Click on the below link to check it !

You can listen to "SCHEAU " also on the Spotify Playlist
by CLICKING on the banner below !

Write your e-mail by using the below form for receiving TexMex Shaman NewsLetter.

TexMex Shaman, founded by Stephen WATKINS in October 2018, offers a genre-defying sound that combines funk beats, intense guitar, smooth bass and captivating samples into tracks that are at once familiar and novel.

TexMex Shaman was created to be a response to commercial, corporatized music that follows formulas and conventions. By pushing the envelope on musical genres and taking listeners on an auditory journey that is as stream of consciousness as it is musically engaging, TexMex Shaman is a new vision for what modern music can be.

Texmex Shaman
Fever In The South In the press at :
The Bandcamp Diaries
Stepkid
Stereostickman In the press at :
Stereostickman THANKS FOR BEING THERE and DON'T HESITATE
to give YOUR FEELINGS
and to ASK QUESTIONS to TexMex Shaman !