Scroll the page for reading Phoenix Extra-Reviews
LANTERNS OF HOPE

LANTERNS OF HOPE "They Drink the Wine" . PHOENIX Extra

I came to the place Where the lone pilgrim lay And pensively stood by his tomb
Maybe in another life I would lay my head and cry
But never because of you
And they drink the wine
As your tears are many but few are mine
Clever you whispered here
You told me what I wanna hear
If misery were a meal we would dine
Everything lasts until My bellie's full Of deception and heartache I drank like wine.

Josh Hope (of Lantern Of Hope), Alt and Neo Folk-Rock singer songwriter from Washington began his career since the early 2000.
Having produced in 2019 a noticeable Folk Country single "There Was this Girl " (16.700 plays on spotify), Josh had written 5 years ago a first single named "They Drink the Wine " (6300 plays on spotify). Josh had the good idea to release this excellent Alt Folk-Rock song in his very good last 6-tracks EP (Cave Songs) released last year in which I especially noticed, besides "They Drink the Wine ", a remarkable song named "Storms" (10.600 plays on spotify).
While listening to the song listen carefully the lyrics, very clever and sensible ones speaking at the same time of religion, of love, of regret.
While listening to "They Drink the Wine " and all Lanterns Of Hope's music in general, I guess that like me you'll hear some influence of great BritPop bands like Ocean Colour Scene with some of their best songs like "Jane she Got Excavated ".
In these darkness and witchcraft times it's a goodness to have a lantern to see through the night, so let's hang these Lanterns Of Hope... 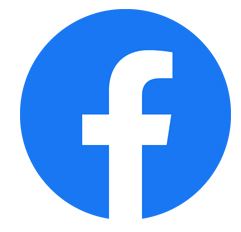