"Spinning My Wheels" by SLANT SIX Slant Six, Edmonton band based in Alberta (Canada), created in late 2015, 5 piece band made up of musicians of different musical backgrounds, is influenced by the roots of the blues and the love of rock and roll.

The writing of their songs reflects this love for different styles of music old and new which makes the Slant Six style unique and innovative.
Slant Six is always a pleasure to hear and watch and will leave you wanting more.

With maintaining a #1 standing on the Edmonton Rock Charts on Reverb Nation, Slant Six proudly boasts airplay internationally, and has achieved a top 10 status on Valley FM 89.5 in Australia, Kaos FM 88.2 NZ, Nu Rock radio, Revolution X,  and local airplay on Edmonton 102.3 Now radio, and most recently the new single Getting Out was featured on 100.3 The Bear and reached #1 on Valley Fm 89.5.
Chosen to play the after show at The Monster Truck concert in Edmonton 2018.

Slant Six lets the colors of their influences come through the music they play in a style of their own.

"Song for Tom" by THE BUDDHA PESTS 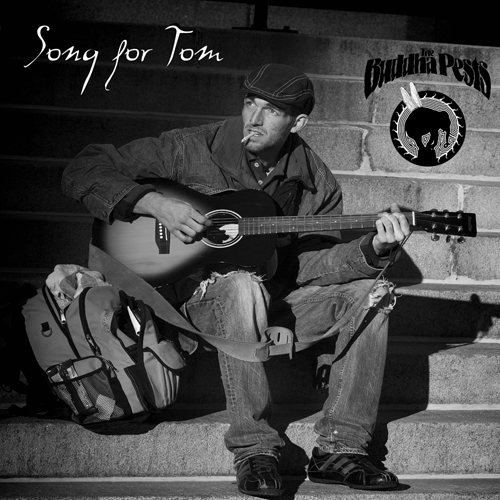 Song for Tom (THE BUDDHA PESTS)

Steeped in a heady intoxicating mix of punk-rock metal psychedelica, The Buddha Pests are here to take your imagination to exciting new places.

The project was conceived in 2006 by singer songwriter Peter Derzbach and since then the band has enjoyed British and European tours with additional successful single, EP and album releases. These releases have been in many formats, including Vanilla Spoon EP on vinyl.

Many international musicians have played with The Buddha Pests over the years, bringing with them their diverse influences and enhancing the colorful soundscape. Originally featuring since 2016 Attila Pal on bass and occasional vocals, and since 2018 Simon Du Toit on additional vocals, the current band's members, besides the leader Peter Derzbach, are Nicola SIMULA on bass and Alessandro FARRONATO on guitar (since September 2020) and Andrew WEBB on drums (since November 2020).
With subversive lyrics floating on sound-waves of rich guitar and bass, listeners will be swept out to the auditory land of The Buddha Pests, only to be swallowed whole by a ferocious metal element fueled by powerful percussion. Their sound has been likened to The Pixies, Queens of the Stoneage, early Radiohead, Foo Fighters, System of a Down, Green Day, Joy Division and The Yeah Yeah Yeahs.

In 2012 The Buddha Pests twice toured central/eastern Europe and Italy and released a debut video for the single "Why We Have to Go".

Having international roots and recognition, The Buddha Pests have just returned from their UK tour and are currently working on their latest and greatest album.

"March of the Wolves of Odin" (Cover) by FORCERY

March of the Wolves of Odin (FORCERY)

"Casualties of War" by FORCERY

Forcery (facebook)
Forcery (instagram)
FORCERY - BIOGRAPHY
My name is Kenneth. I live in the north of Sweden in a town called Luleå. My interests, besides creating Heavy & Thrash metal music, is also to produce youtube clips.